What Every Parent Needs to Know About Flu

by Agata Toborek, MD, Lexington Clinic Pediatrics
As the weather cools down and flu season approaches, parents can take steps to protect their young children from the flu.
The flu is caused by the contagious influenza virus. The flu virus is passed by respiratory droplets that are released by sneezing or coughing. It is so contagious that one can also catch the flu virus by touching a surface containing these droplets and then touching his/her eyes, mouth or nose.
Children less than 5 years old and those with a chronic medication condition like asthma or diabetes etc. are at a higher risk of complications from the flu, which include pneumonia, sinus infections and ear infections. Sometimes these complications can be dangerous, and the CDC estimates that between 6,000 and 26,000 children younger than 5 years are hospitalized each year in the U.S. because of the flu.
Symptoms of the flu include fever, cough, runny nose, sore throat, body aches and chills. They are more severe and have a faster onset then most other respiratory viruses.

Protect your children by staying away from people that show symptoms of the flu. If your child is sick, keep him/her out of school and child care to avoid spreading the virus to others. Remind kids to cover their coughing and sneezing with the inside of their elbow. Remind them to wash their hands often and avoid touching their eyes, mouth and nose.
The flu vaccine decreases the chances of catching the flu. Since the flu viruses are ever changing, there is a new flu vaccine each year to help protect against the most common strains of the virus for the given year.  If your child catches the flu, having the flu vaccine may make his/her their illness less severe. Studies have shown a decreased risk of hospitalization and death in children who received the flu vaccine that catch the flu.
It takes about 2 weeks for the antibodies to develop after a flu vaccine. The CDC recommends receiving the vaccine before the end of October. However, the flu season can last into spring, so it is not too late to get the vaccine later in the flu season.
The influenza vaccine is recommended for kids for ages 6 months and older. To protect babies younger than 6 months old, caretakers should have their flu vaccine and babies should be kept away from for people showing signs of illness. Children aged 6 months through 8 years of age who have not received the flu vaccine before, need to get a flu vaccine booster given 1 month after the initial vaccine is given.
The flu vaccine does not cause the flu. Possible reactions from the flu vaccine include local soreness, redness and swelling where the vaccine is administered. It is also possible but rare to develop fever, muscle aches and headaches after the flu vaccine as your immune system responds to the vaccine. If these symptoms occur, they usually last 1-2 days and are mild compared to catching the flu. 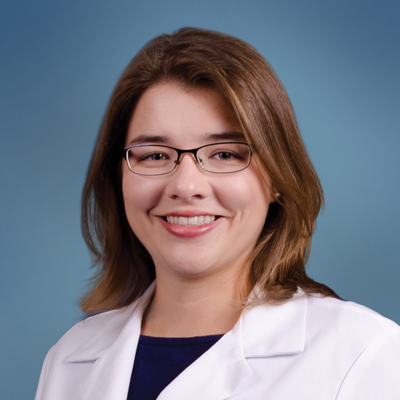 Agata M. Toborek, MD is board-certified in pediatrics. She provides services in general pediatrics and her professional interests include caring for children from the time they are newborns until they become young adults. Dr. Toborek is accepting new patients.